Models are beginning to show increased tropical cyclone activity in the Atlantic Basin over the next few weeks. Not to say one model will verify over another, but the consensus of the upcoming pattern is quite similar. Above, NAM shows a system located near the Yucitan peninsula. Below, the CMC has had a similar feature for a couple of runs now. 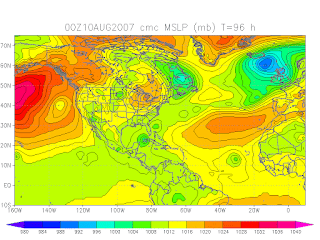 The GFS on the other hand, does not pick up on this potential system but has been consistent with something developing off the African coast sometime next week. 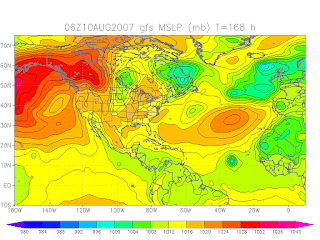 A look at the Atlantic Basin now shows some convection in the Carribean and some convergence along about 10N.

I wouldn't give up on this season at all. Things may just be getting started and I would almost bet on seeing another named system within the next two weeks.
Posted by Sam Dienst at 10:35 AM