Here are some pics from the heavy snow I encountered near Perry, OK on Jan. 31st. Hopefully I will have a full account up later. 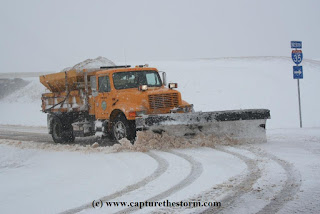 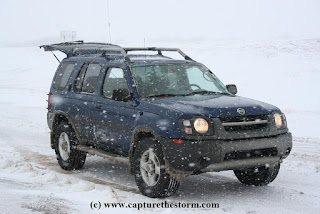 In other news, a large upper trough will make its way across the central US and set the stage for severe storms overnight Monday 4th through Tuedsay 5th. The Arklatex through the gulf states region will be mainly affected from this large storm ssystem. More to come as this event unfolds. Highly unlikely I'll be chasing though.

Also, I recently purchased another Canon Digital Rebel. I went one year without my last one and I had to jump back on board with the dSLR's. This is the end of equipment upgrades this year as I am set with same stuff from last year; WxWorx, Delorme 06', Sony HC7, and now Canon XT Rebel. My Acer laptop is holding in there but I think I may be recieving a Dell d610 for no cost. I will likely download all needed software for use as a backup. As far as the vehicle, my Xterra is in desperate need of some care but looks good for another 20,000 miles or so this spring.

Come sometime in mid-March, I am going to try and update the blog more often. By the time the end of school gets here, hopefully it will be updated daily even if the only news is the status of the death ridge (lets hope not). So check back in often this spring.
Posted by Sam Dienst at 3:39 PM